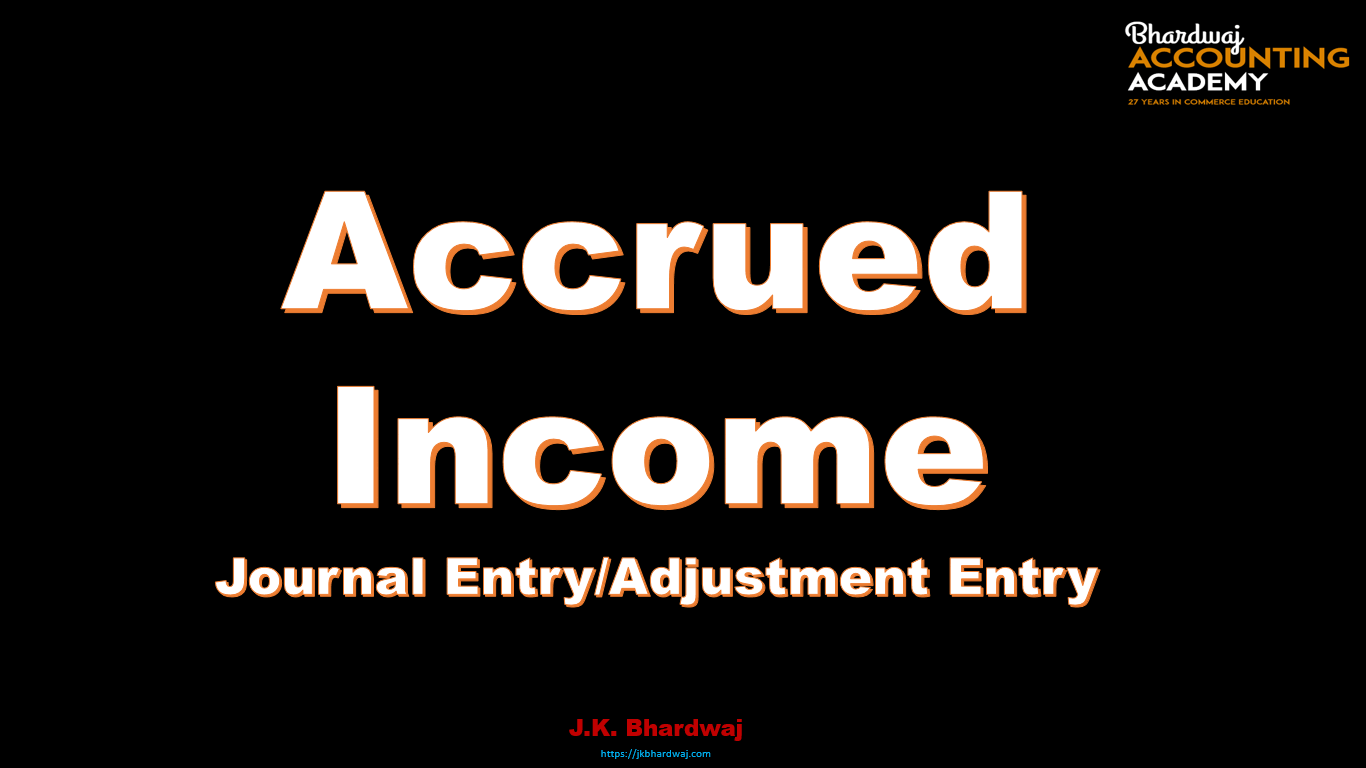 Income earned but not received at the end of financial year , called accrued income. It may sometime happen that certain items of income such as a interest on fixed deposit, Dividend on shares, etc. are earned during the current accounting year but have not been actually received by the end of the same year. Such incomes are known as accrued income.

Keeping in view matching principle and accrual concept, the basis of double entry system, we should record the total income earned irrespective of the fact whether any portion of income has been received or not.

Reverue increase in the form of Income , so according to rules Income account credited.

* Shown on the assets side of BALANCE SHEET.

* Shown on the Assets side of the BALANCE SHEET.