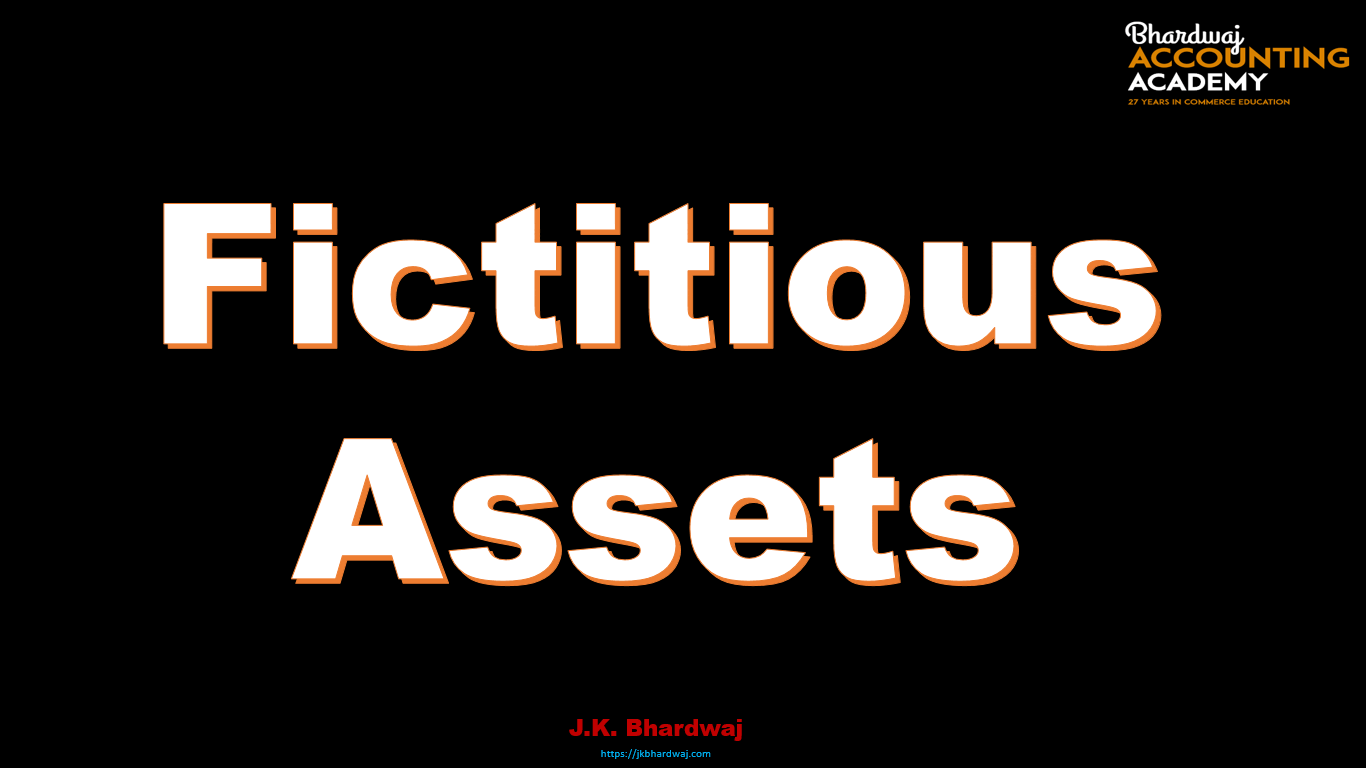 Fictitious Assets are those assets that neither have any real value nor have any physical form, but are called assets on the basis of legal grounds.

Fictitious assets are the expenses or losses which are not fully written off (not offset in the Profit and Loss A/c) during particular accounting period. These are to be shown on the assets side of  the balance sheet.

The expenditure which is revenue in nature, but the heavy amount spent and benefit likely to be derived over a number of years called deferred revenue expenditure.

very heavily in the beginning to capture a position in the market. The benefit of this advertisement

campaign will last for quite a few years. It will be better to write off the expenditure in three or four years and not only in the first year.