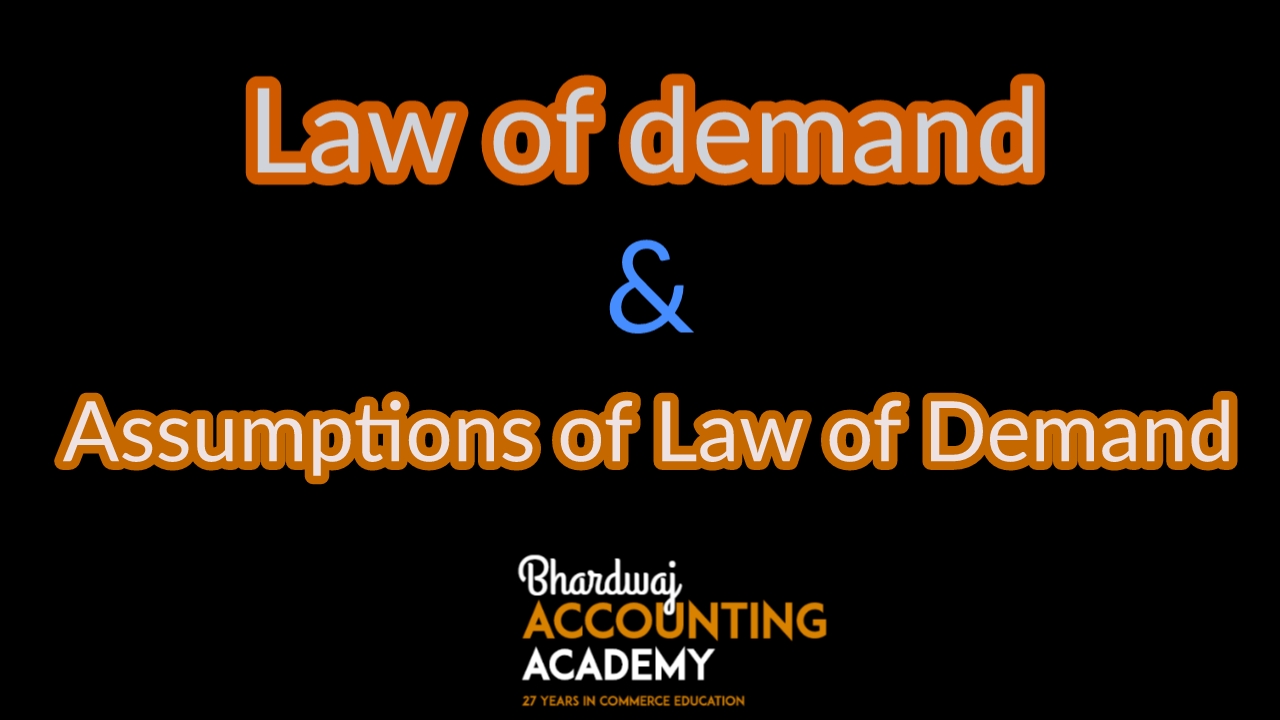 The law of demand states the inverse relationship between the price of the commodity and the quantity demanded of a commodity, keeping other factors constant.

The law refers to the direction in which quantity demanded changes with a change in price.

There is an inverse relationship between quantity demanded and its price, keeping other things remaining the same

The Law of Demand is one of the important laws of which was firstly propounded by neo-classical economist, Prof.  Alfred Marshal.

According to Prof.  Alfred Marshall- “ The Law of Demand states that amount demanded increases with a fall in price and diminishes when price increases, Other things remaining the same’’.

According to Prof. Paul A. Samuelson- “Law of Demand states that people will buy more at lower prices and buy less at higher prices if other things remaining the same.“

According to Ferguson- ” The law of demand is that the quantity demanded varies
inversely with price”.

Thus the law of demand states that people will buy more at lower prices and buy less at higher prices, other things remaining the same.

ASSUMPTIONS OF THE LAW OF DEMAND

8.There is no expectations of change in prices in the future.

9. Distribution of Income in Society should not change. 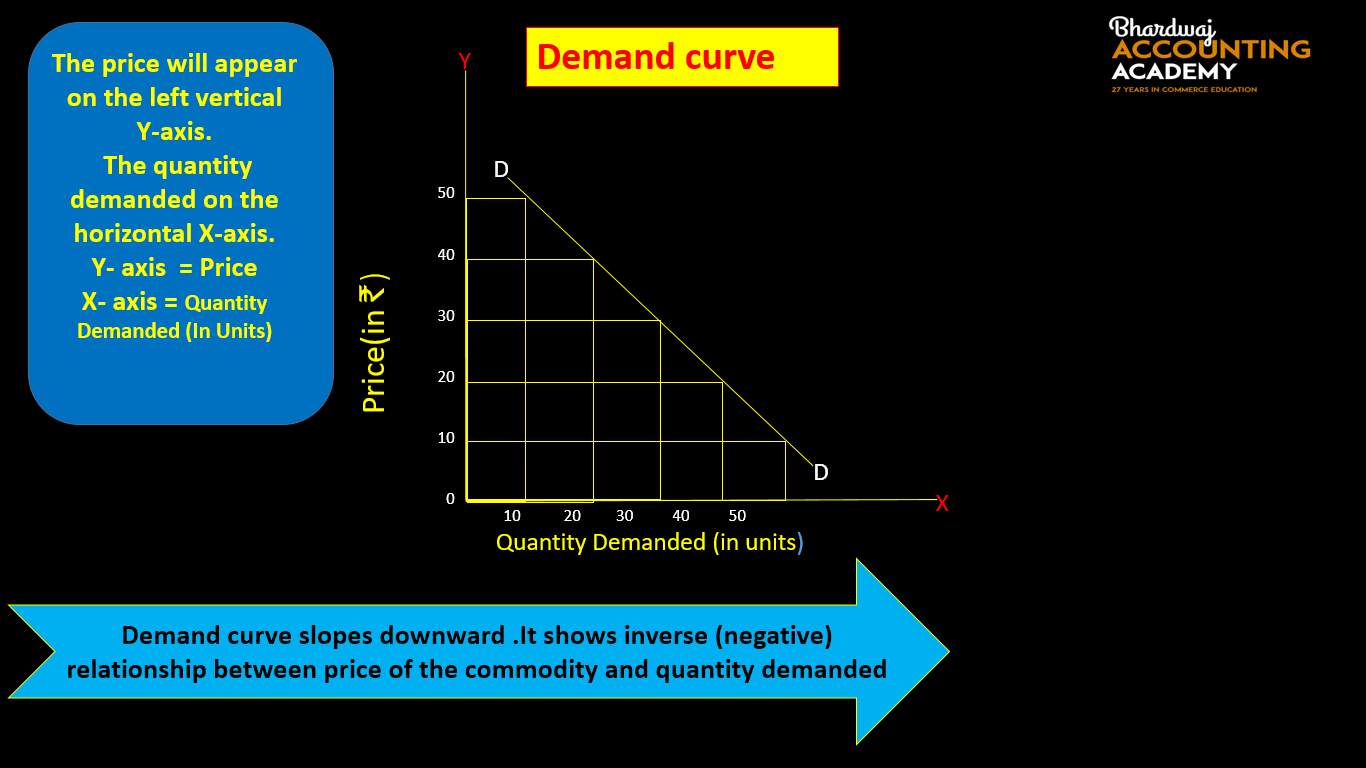 IMPORTANT FACTS ABOUT LAW OF DEMAND

Law of Demand states the inverse relationship between price of the commodity and quantity demanded of a commodity.

Law of Demand makes a qualitative statement only, i.e. it indicates the direction of change in the amount demanded and does not indicate the volume(amount or size) of change.

REASONS FOR LAW OF DEMAND

WHY DOES THE DEMAND CURVE SLOPES DOWNWARD?

WHY DOES THE LAW OF DEMAND OPERATE?

The various reasons for the operation of the Law of Demand are:

The demand curve slopes downwards mainly due to the law of diminishing marginal utility.

The law of diminishing marginal utility states that an additional unit of a commodity gives a lesser satisfaction.

Law of diminishing marginal utility states that as we consume more and more units of a commodity, the utility derived from each successive unit goes on decreasing.

So, demand for a commodity depends on its utility.

If the consumer gets more satisfaction, he will pay more.

As a result, consumer will not be prepared to pay the same price for additional units of the commodity.

Therefore the consumer will buy more units of the commodity only when the price falls.

Law of diminishing marginal utility is considered as the basic reason for the operation of ‘Law of Demand’.

The substitution effect refers to substituting one commodity in place of other when it becomes relatively cheaper.

As a result, demand for the given commodity rises.

Income effect refers to the effect on demand when the real income of the consumer changes due to a change in the price of the given commodity.

When price of the given commodity falls, it increases the purchasing power (real income) of the consumer.

As a result, he can purchase more of the given commodity with the same money income.

For example, suppose Mohit buys 4 ice-cream @ Rs. 25 each with her pocket money of Rs.100. If price of ice cream falls to Rs.20 each, then with the same money income, Mohit can buy 5 ice-cream due to an increase in her real income.

When the price of a commodity falls, many new consumers, who were not in a position to buy it earlier due to its high price, start purchasing it.

In addition to new customers, old consumers of the commodity start demanding more due to its reduced price. For example, if the price of a car falls from Rs. 5,00,000 to  Rs.3,00,000, then many consumers who were not in a position to afford the car earlier can now buy it with a decrease in its price.

Some commodities like milk, electricity, etc. have several uses, some of which are more important than the others.

When price of such a good (electricity) increases, its uses get restricted to the most important purpose (lighting) and demand for less important uses (cooling(A.c.) , heating(Heater) , refrigeration, operating Home appliances, etc.) gets reduced.

For example, When price of such a good (milk) increases, its uses get restricted to the most important purpose (drinking) and demand for less important uses (like curd, cheese, butter, ice-cream, Rasmalai etc.) gets reduced.