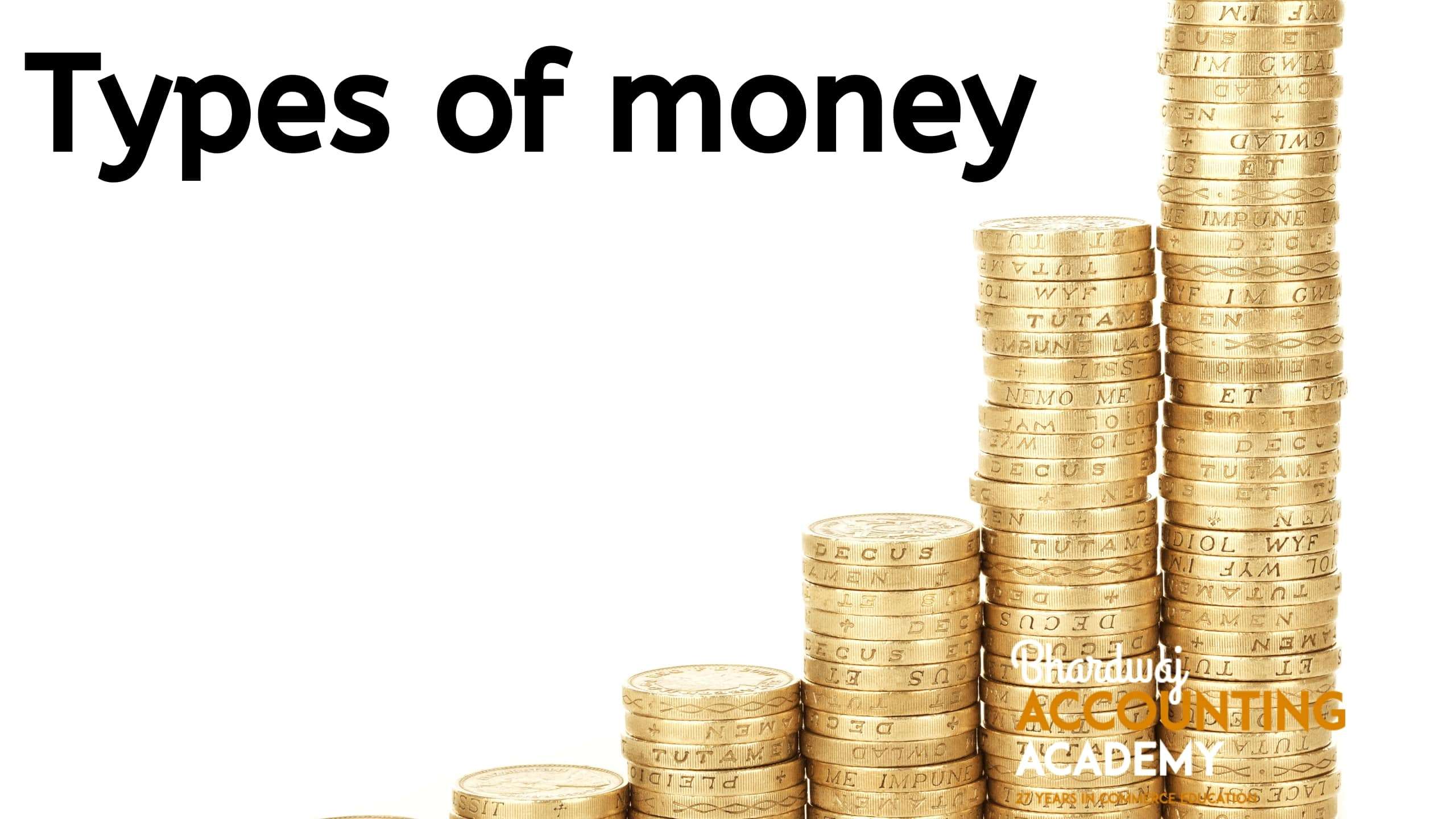 Money is one of the most important discoveries of the human civilization. It is difficult to think about the world without money. Everybody needs money for various purposes; starting from day – to – day transactions to saving for future.

Money is anything which is generally accepted as a means of exchange, a measure and store of value and which also acts as standard of deferred payments.

Of course, all types of money will still satisfy the three functions of money and the five properties that must be satisfied to be considered a medium of exchange. I describe the differences between these four types of money below.

Goods/assets that are considered commodity money can have some other practical use that is different from its use as money. For example, precious metals like gold and silver could be considered a commodity money as they have been historically used to make coins and other forms of currency, but may also be used in the production of other goods and services. Another interesting example of commodity money can be found during wars, especially during World War II. Since there was little use for paper money or coins, soldiers would often use cigarettes almost exclusively as their form of currency. Of course, they could also be used for their intended purpose in addition to their use as money.

Some of the problems with commodity money, however, is that it may not satisfy some of the properties to be considered a proper medium of exchange. Using cigarettes from the example above, they would certainly be accepted by most individuals and would most likely be of standardized quality. They may also be valuable relative to their weight. They may have issues, though, when it comes to durability and divisibility.

There would likely only be a single “denomination” of cigarette (since they’re probably all the same) and so the prices of goods and services in terms of cigarettes would probably be closer together than if there were multiple “denominations.” Cigarettes are also probably less durable, so if they become damaged or lose their practical use, then they would lose all their value as money.

These types of money is a good/asset that can only be used as types of money and has no other practical purpose. Because of this, in most modern economies, fiat money only derives its value from the fact that the government says it has value. There is no other commodity that backs its value (like gold). Any kind of currency that is backed by some other commodity is called representative money. When the United States was under the gold standard, any money issued by the government could be exchanged for gold at any time. The paper money was a “representation” of value of the gold.

Fiduciary money is being issued by bank, this happens when any bank gives their customers the option to pay in a different types of money and the customer is able to sell the promise or able to transfer it to someone else. These types of money is usually being paid in the form of gold, silver or paper money. The most common examples of fiduciary money are cheques and banknotes. 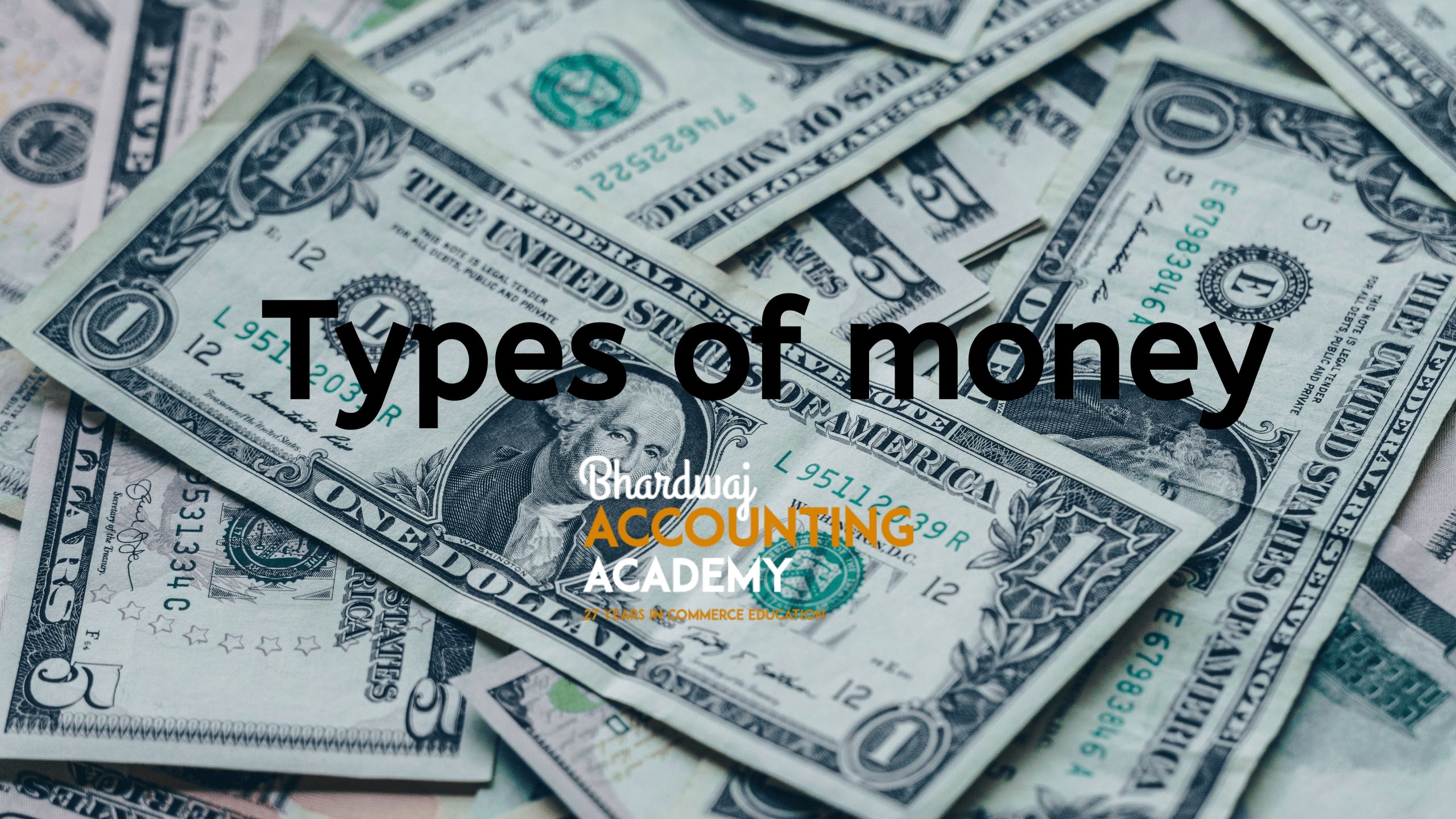 The definition of commercial bank money is the claims against any bank institution that can be used to purchase any goods or services. This money could be created when banks use the fractional reserve in their account to make account balances and then make loans up to 10 times more than the value of the actual base currency that they are currently holding. These types of money is actually not legal, however, it is being used often to represent the base money in any transactions.

Why create the Federal Reserve? (for USA students)

A single bank run will typically not be a problem. If many banks begin experiencing a bank run, called a bank panic, then there may not be enough banks that have the reserves to give loans to the others experiencing the bank runs. Not only are many depositors unable to withdrawal their money, if banks no longer have any excess reserves, but firms and households will also be unable to take out loans since all the banks experiencing runs will not have any reserves to make those loans.

This can have very negative effects on an economy. In order to avoid this problem, the Federal Reserve (or just the Fed) was created so that it was always available to make loans to any banks experiencing a run or fend off an entire bank panic. Once the banks became financially viable again, they would be able to pay off those loans from the Fed. This is why we say that the Fed is a lender of last resort.

If there are no other banks to take loans from when there is a bank run, the Fed can step in and keep the bank afloat until the run has passed. The quantity theory of money We discussed how the Fed can use monetary policy tools to affect the amount of money in the economy (i.e., the money supply). Why might this matter? Is there a relationship between the money supply and other macroeconomic variables like GDP and inflation? It turns out that there is one, called the quantity theory of money.

In its simplified form, the quantity theory of money is expressed as the quantity equation, or more formally, the equation of exchange, which is as follows. M ×V=P×Y M is the money supply, V is the velocity of money, P is the price level (as measured by the GDP deflator), and Y is real GDP. The velocity of money is defined as the average number of times a typical dollar is used to buy goods and services (included in GDP) over a period of time (usually a year).

For example, if the velocity of money is 5, that means that if you were to follow many dollar bills for a year, each one would be used to buy goods and services on average 5 times during the year. To see why this equation works (theoretically), notice that the right-hand side, P×Y, is equal to nominal GDP (P is the GDP deflator which is equal to nominal/real, then multiply by real GDP, the real GDPs cancel, leaving nominal GDP).

The first equation is the equation of exchange in levels (meaning each of the variables is in absolute terms), but we can also express the equation of exchange using growth rates of each of the variables. ∆ M + ∆V= ∆ P+ ∆Y Notice that each term is added instead of multiplied. We can simplify this equation further. One simplification is to assume that the velocity of money is constant over time.

We’ll look at three. 1. π > 0: If inflation is positive, then the right-hand side is also positive ∆ M −∆Y >0 ∆ M > ∆Y As goods and services increase in price, more types of money is needed to buy those goods and services and so money supply should grow faster than real GDP. 2. π < 0:

a. Commodity money is a good/asset that is used as money and also has other practical uses aside from its use as as a type of  money.

b. Fiat money is a good/asset that only has a use as types of money.

c. Fiduciary money is being issued by bank

d. Commercial bank money is the claims against any bank institution

2. The Federal Reserve System was created to act as a lender of last resort.

3. When the velocity of money is constant, then the quantity equation (equation of exchange) can be written as π= ∆ M− ∆Y