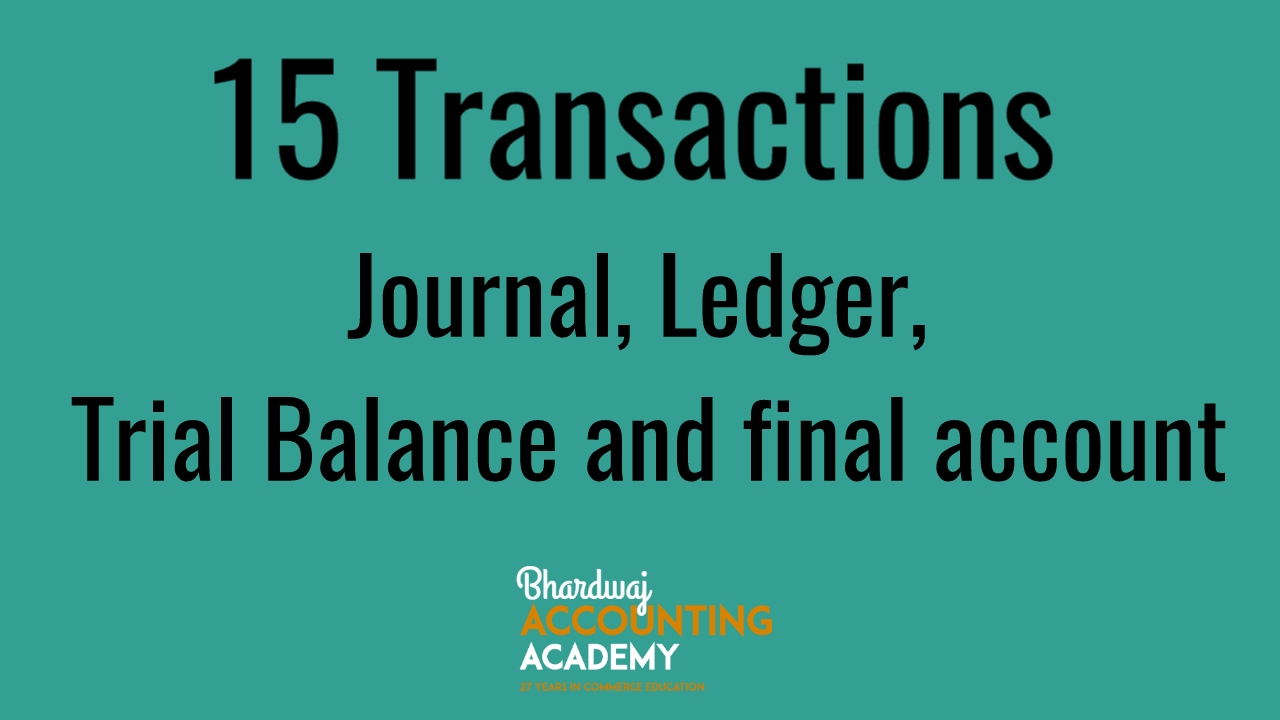 15 Transactions With Their Journal Entries, Ledger And Trial Balance To Prepare Project

PASS THE JOURNAL ENTRIES POST THEM INTO THE LEDGER, CLOSING THE BOOKS OF ACCOUNTS, PREPARE A TRIAL BALANCE AND FINAL ACCOUNTS ( TRADING AND PROFIT&LOSS ACCOUNT, BALANCE SHEET)  –

The books in which a transaction is recorded for the first time from a source document are called Books of Original Entry or Prime Entry. Journal

This process of recording transactions in the journal is’ known as ‘Journalising’. Journal is also known as ‘Book of Original Record’ or ‘Book of Primary Entry’. 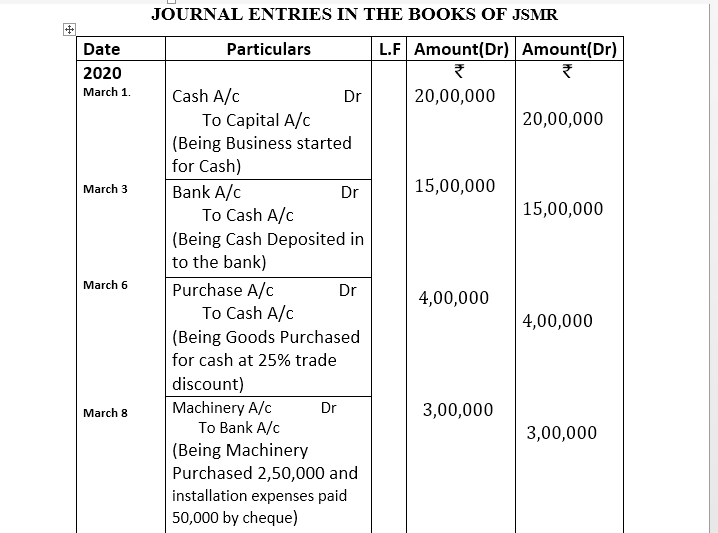 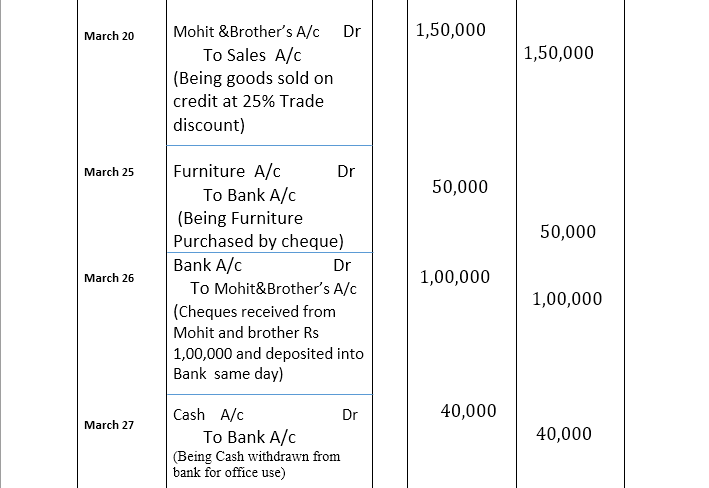 Ledger is also called the Principal Book of Accounts.

After recording the business transactions in the Journal or special purpose Subsidiary Books, the next step is to transfer the entries to the respective accounts in the Ledger.

Ledger is a book where all the transactions related to a particular account are collected at one place.

A Ledger is a book which contains all the accounts whether personal, real or nominal, which are first entered in journal or special purpose subsidiary books.

According to L.C. Cropper,” The book which contains a classified and permanent record of all the transactions of a business is called the ledger.”

*If an account is debited in the journal entry, the posting in the ledger should be made on the debit side of that particular account. In the particular column the name of the other account (which has been credited in the Journal entry) should be written for reference.

Points to be Remember

‘To’ is written before the A/c s which appear on the debit side of ledger.

“By” is written before the A/c s appearing on the credit side.

Use of these words ‘To’ and ‘By’ is optional.

READ: 20 transactions with their Journal Entries, Ledger and Trial balance to prepare project 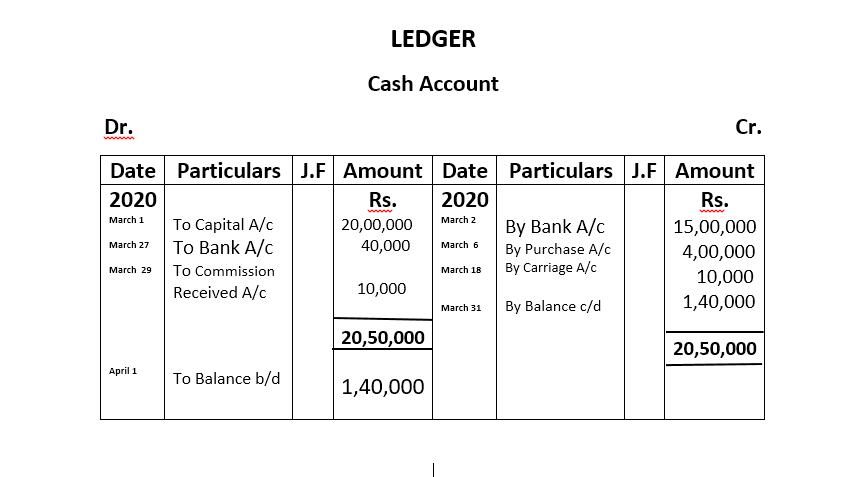 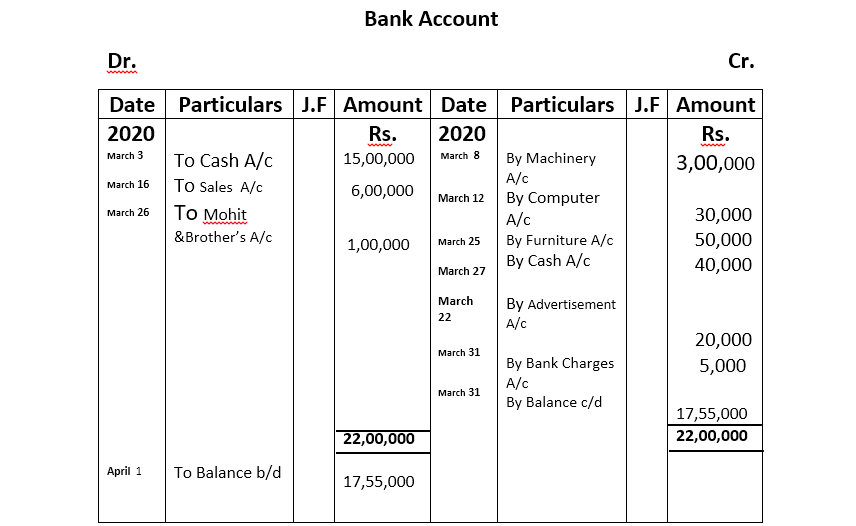 First step recording of transactions in journal. The next step post them into ledger and the next step in the accounting process is to prepare a statement to check the arithmetical accuracy of the transactions recorded so for. This statement is called ‘Trial Balance’.

The accounts which are prepared at the final stage (at the end of the financial year) of the accounting cycle to know the profit or loss and financial position of a business concern are called Final Accounts.

Final accounts gives an idea about the Profitabilitty and Financial position of a business to its management, owners, and other interested parties.

It is a combination of the following statement: – 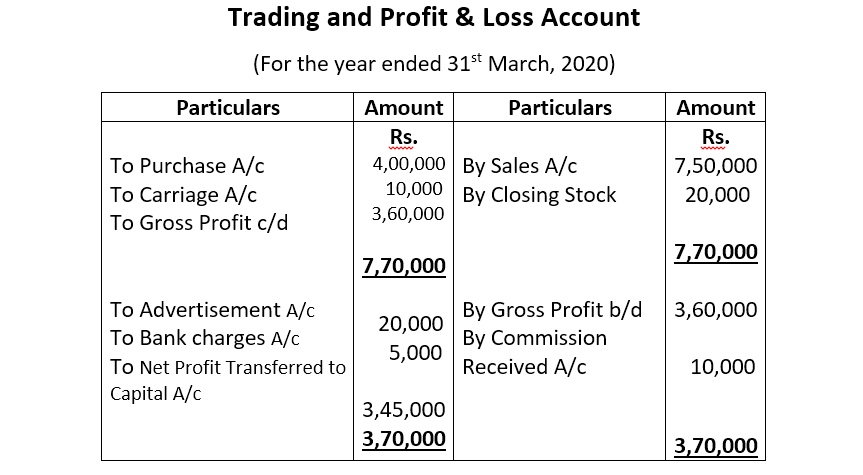 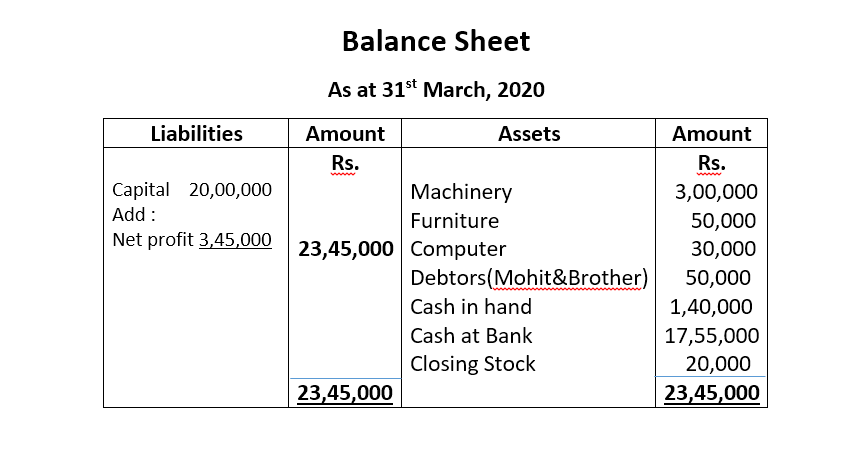 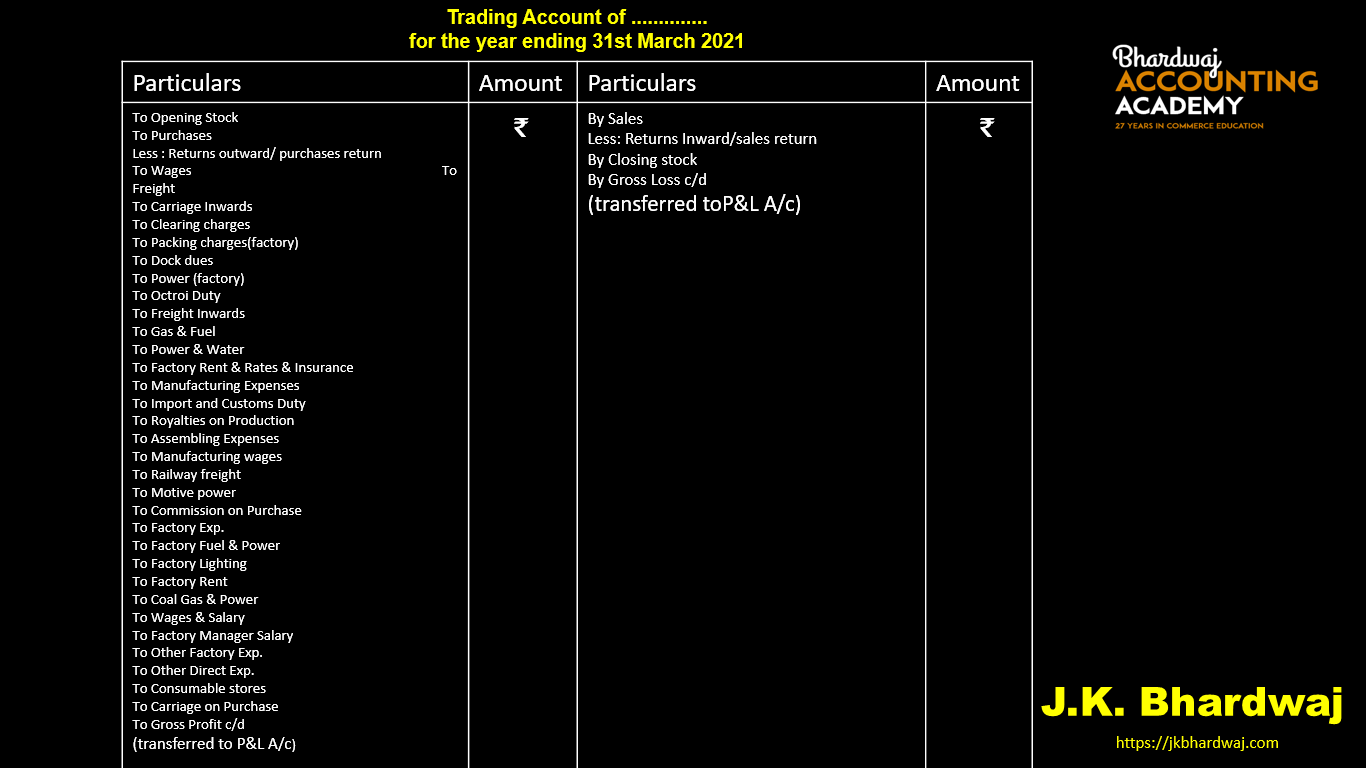 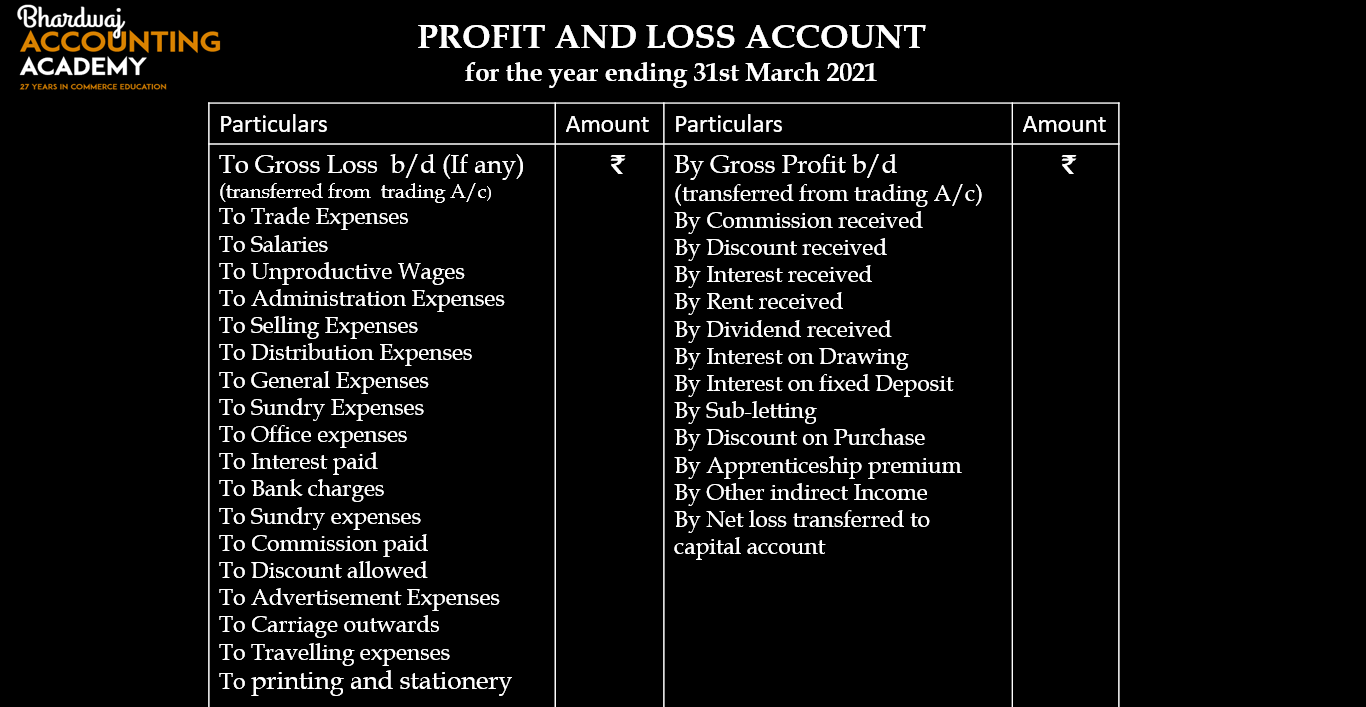 14 thoughts on “15 Transactions With Their Journal Entries, Ledger And Trial Balance To Prepare Project”