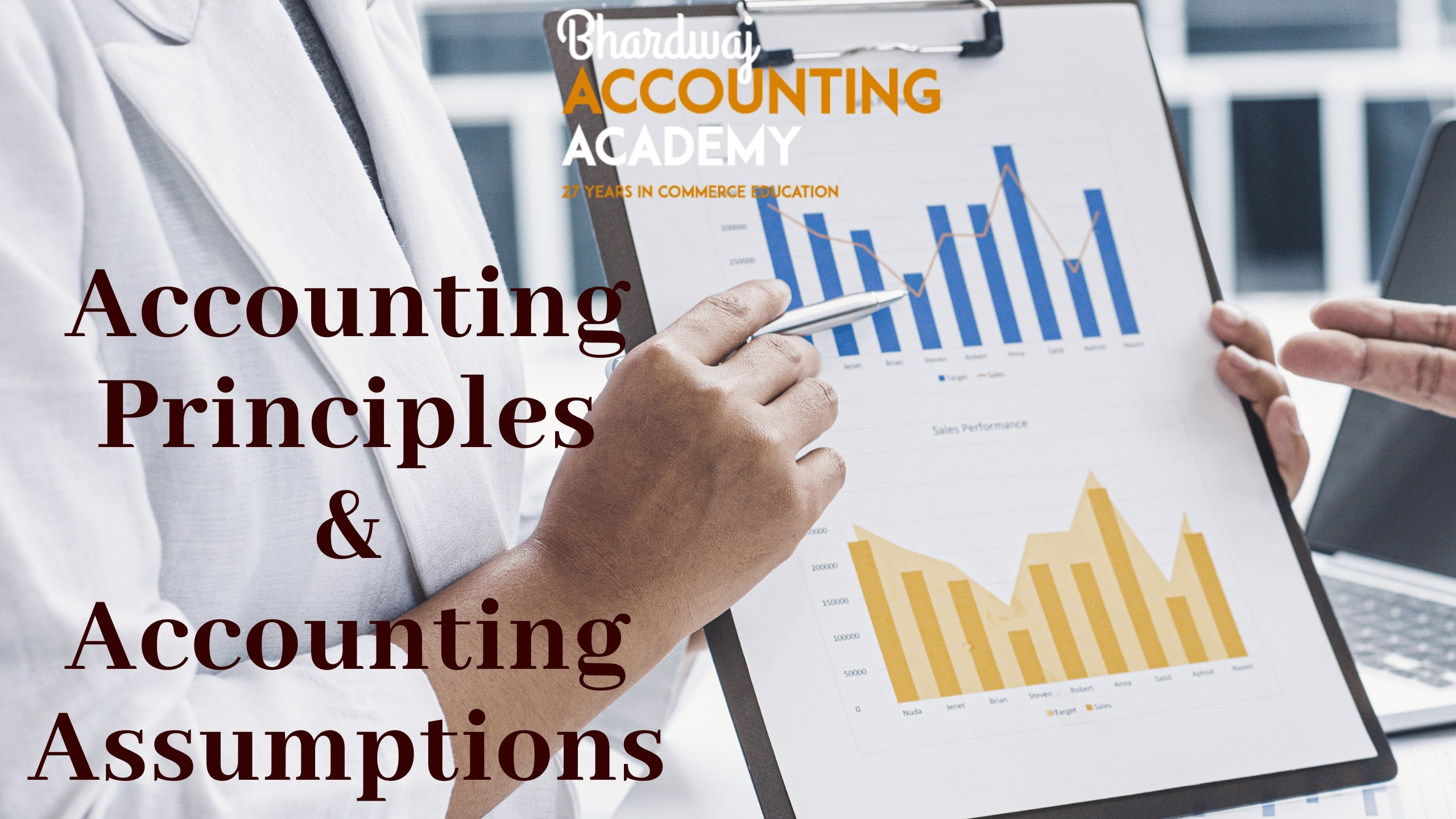 MEANING AND NATURE OF ACCOUNTING PRINCIPLES

Accounting Principles refers to the rules or guidelines adopted for recording and reporting of business transactions, in order to bring uniformity in the preparation and the presentation of financial statements.

The term ‘principle has been defined by the American Institute of Certified Public Accountants (AICPA) as ‘A general law or rule adopted or professed as a guide to action, a settled ground or basis of conduct or practice’.

The Accounting Principles have evolved over a long period of time on the basis of past experiences, usages, or customs by individuals and professional bodies and regulations by government agencies and have general acceptability among most accounting professionals.

These principles are classified into two categories:

Accounting conventions are the customs or traditions guiding the preparation of accounts. They are adopted to make financial statements clear and meaningful.

According to this principle, a business is considered to be a separate and distinct entity from its owners.

According to this principle, only those transactions and events are recorded in the books of accounts that are capable of being expressed in terms of money,

(ii) Money is considered to have static value as transactions are recorded at the value on the transaction date. However, the value of money does not remain the same over a period of time due to changes in the price level.

Also Check Out: 20 transactions with their Journal Entries, Ledger and Trial balance to prepare project

According to this principle, the economic life of an enterprise is split into periodic intervals (known as the accounting period) so that its performance is measured at a regular period.

According to this principle, the financial statements should completely disclose all the significant information relating to the economic affairs of the enterprise.

According to this principle, all prospective losses should be recorded in the books of accounts, but all anticipated profits should be ignored.

According to this principle, an asset is recorded in the books at the price paid to acquire it and cost becomes the basis for its accounting in the subsequent accounting periods.

According to this principle, expenses incurred in an accounting period should be matched with the revenues recognized in that period.

(b) If an expense is paid during an accounting period, but revenue related to it will be earned in the following period, then such expense will be shown as an expense only next year and not this year. For example, Prepaid Insurance. Such prepaid expense is shown as an asset in the Balance Sheet.

(c) In the same manner, if revenue is received, but against it services will be rendered next year, then revenue will be also recognized in the next year and will be shown as a liability in the Balance Sheet. For example, unearned salary.

According to this principle, every business transaction has two aspects, a debit and a credit of equal amount.

According to this principle, revenue must be recognized when a transaction has been entered into and the obligation to receive its payment has been established.

According to this concept, all transactions should be recorded in an objective manner and they should be free from personal bias,

Fundamental Accounting Assumptions are the assumptions that are presumed to have been followed while preparing the book of accounts. If a firm does not follow any of the fundamental accounting assumptions, then the firm is required to disclose this fact together with the reason for not following them.

The three basic Accounting Assumptions are:

According to this assumption, it is assumed that business shall continue for an indefinite period of time and there is neither any intention nor any necessity to close down the business or scale down its operations significantly.

According to this assumption, accounting practices once selected and adopted, should be applied consistently year after year.

The method or practice may be changed if the Law or Accounting Standard requires it or if the change will result in a more meaningful presentation.

However, the nature and effect of the change of method and justification for the change must be clearly disclosed.

According to the Accrual Assumption, revenue and expenses are recorded in the period in which they become due, rather than when they are received or paid.