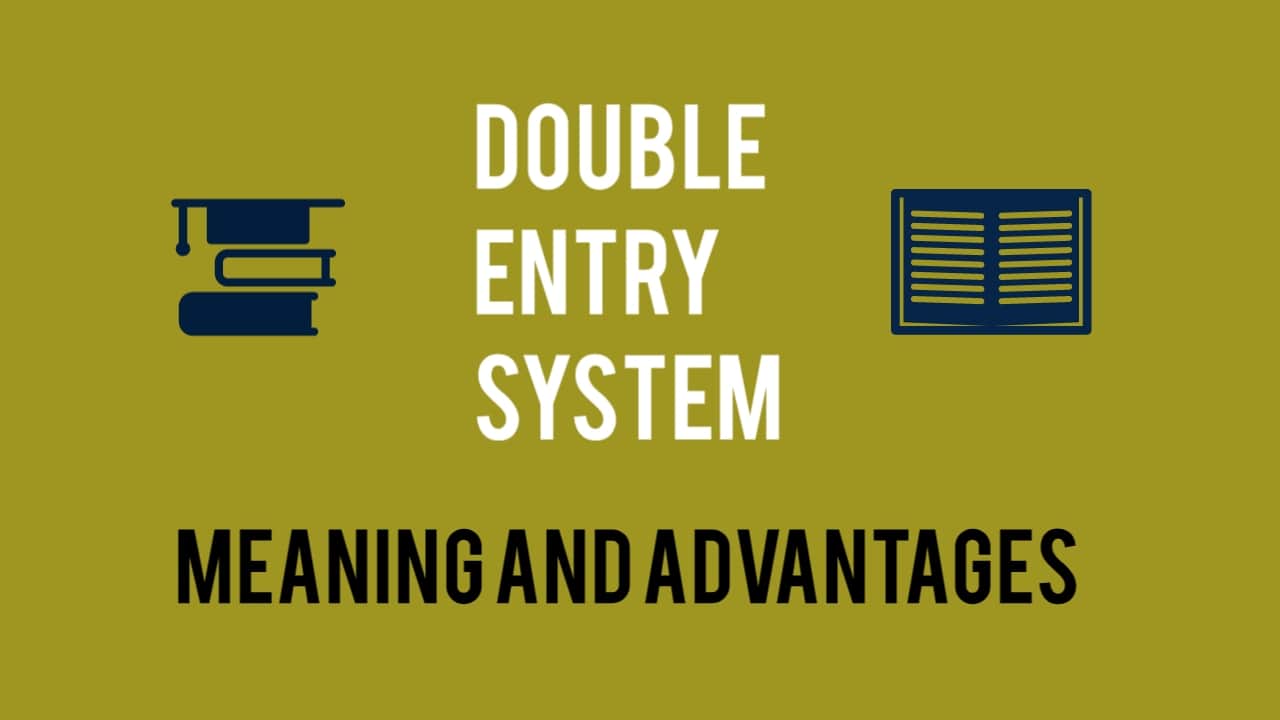 According to this system, every business transaction affects at least two accounts in opposite directions. For example, if the furniture is purchased in the business. furniture is increased whereas the cash is decreased. There can be no transaction in the busıness that affects only one account or which has only one aspect. As such, both aspects of every transaction are recorded under this system. It may, however, be noted that the double-entry does not mean that a transaction is recorded twice. But it means that at least two accounts are affected by a transaction- one account receiving a benefit and the other account yielding a benefit.

The person or the account receiving a benefit is debited and the person or the account who gives something to the business is credited The amount of every transaction is written twice, once as a debit and again as a credit. For example, we received 40,000 from Mohan. This transaction affects two accounts Cash Account and Mohan’s Account Cash account is receiving a benefit (as cash is coming in) and hence Cash account will be debited, whereas Mohan is yielding a benefit and hence his account will be credited.

Double entry system may be defined as follows-

Under this system, the transactions are recorded according to certain specified rules and as such, the system is more scientific as compared to any other systems of Book-Keeping.

(2) Complete record of every transaction–

With the help of the trial balance, a Trader can prepare a Trading Account to find out the amount of gross profit or gross loss. Similarly, a profit and loss account can be prepared to find out the net profit earned or loss suffered during a particular period.

(5) Knowledge of the financial position of the business:-

At the end of each accounting period every businessman wants to know the financial position of his business ie, the value of the assets, liabilities, and capital of the business. In double entry system, separate accounts are opened for each and every asset and liability of the firm and as such, a Balance Sheet can be prepared which is a screen picture of the financial position of a business at a certain moment. A Balance Sheet reports the property values owned by the enterprise and the claims of the creditors and owners against these properties.

(6) Knowledge of various pieces of information-

In double entry system the accounts are maintained in such a way that the information regarding the following is readily available at any point of time: –

(i) What is the amount of sales, purchase, and closing stock?

(ii) What amount is due to be received from customers or in other words, the total number of debtors and the amount in each case?

(iii) What amount is due to be paid to suppliers or in other words, the total number of creditors and the amount in each case?

(iv) How much amount has been paid on account of each head of expenses separately?

(v) How much amount has been earned on account of each head of income separately?

This system of book-keeping records each transaction in two accounts, as such there is hardly any scope of forgery and manipulation as compared to other systems If at all some manipulation takes place, it can be easily detected.

(11) Suitable for all Types of Businessmen-

The system is so flexible that it can be conveniently introduced in small as well as big types of business.