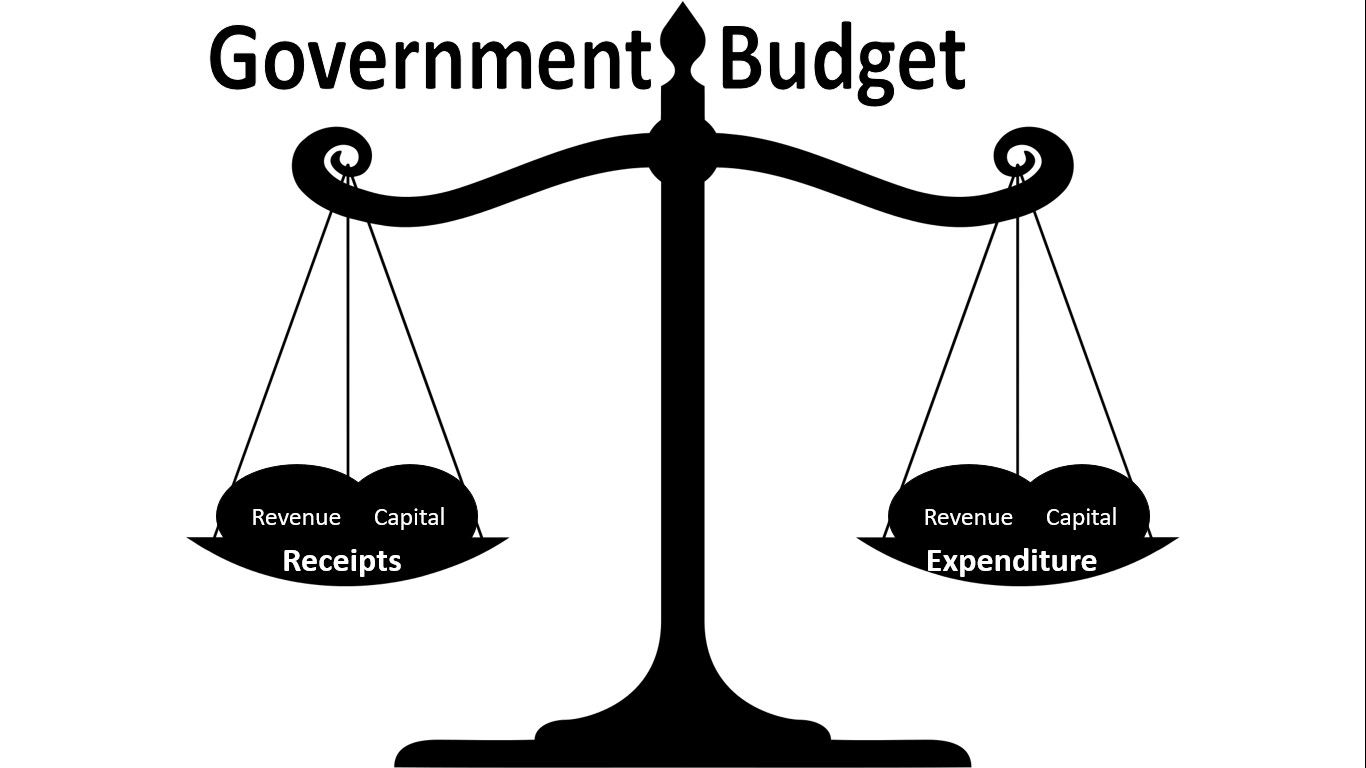 A government budget is a consolidated financial statement prepared by the government on expected public expenditure and public revenue during a financial year.

A government budget is an annual statement, showing items-wise estimates receipts & expenditures during a fiscal year.

(ii) Capital expenditures: Capital expenditure refers to the amount to be spent on those heads which leads to the creation of the assets or reduction in liabilities. For example, expenditure on defence capital; purchase of assets viz. land, buildings & shares; loans to state govt. & union territories etc.

When government incurs expenditure to create assets such as school and hospital buildings, roads bridges, canals, railway lines, etc., or reduce its liability such as repayment of loan etc., such expenditure is known as capital expenditure

A budget can be of three types:

2. Deficit budget: When the government expenditure exceeds its receipts, it is a deficit budget.

3. Surplus budget: When the government receipts are greater than its expenditures, we call it a surplus budget.

Diagrams for Circular flow of Income