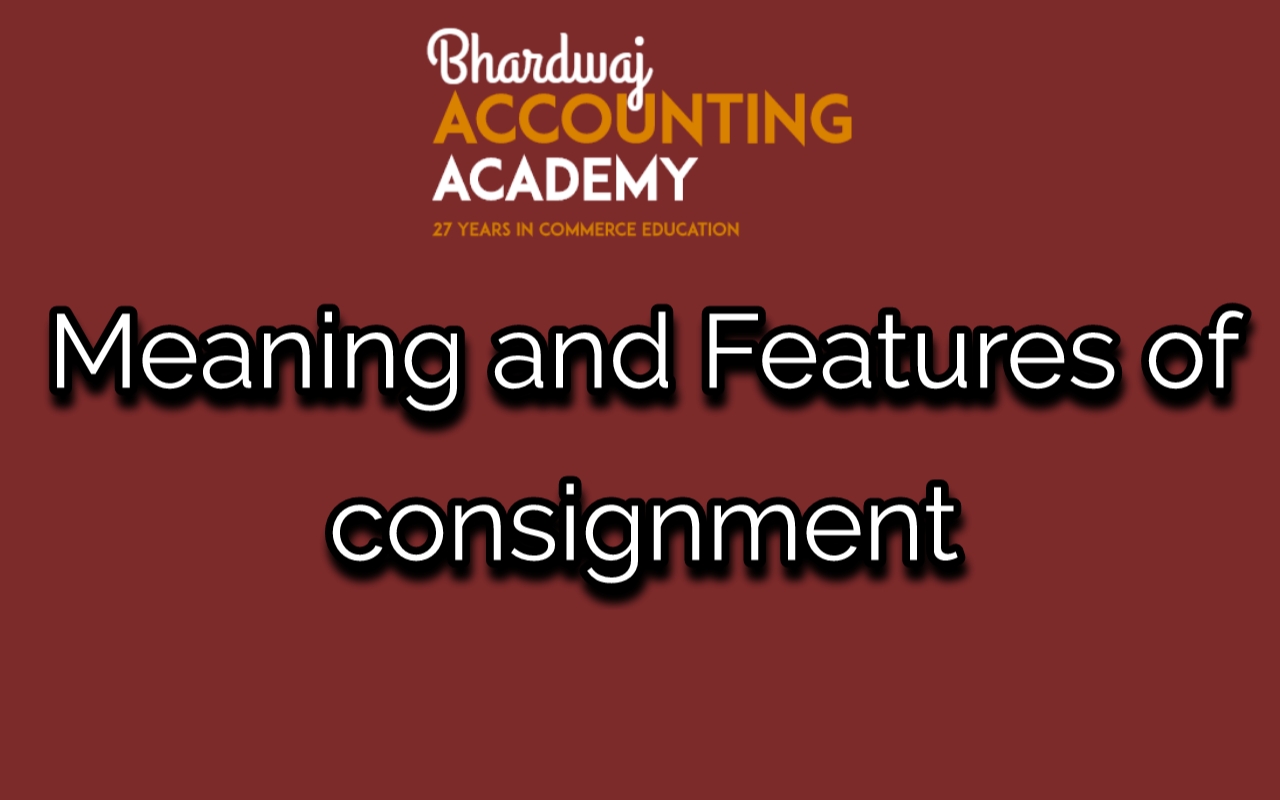 Meaning and Features of consignment

If the goods are sent by the owner of the goods or by the sender or by the principal to his agent or representative for the purpose of selling the goods on a commission basis, it is called consignment.

The goods are owned by the sender itself, the risk lies with the owner and the sender is responsible for the profit and loss, the remaining goods are the rights of the sender.

The agent is commissioned as remuneration for his services.

The person who owns the goods and appoints the agent is called the consignor or head.

The person who sells goods on a commission basis and whom the sender appoints is called a representative or agent or consignee.

Consignee or representative or agent –

The person who is appointed by the consignor to sell the goods on a commission basis, the sender or representative or agent or invoice is called. The sender sells goods on behalf of the sender. The sender does not have the responsibility of profit or loss.

Out of the goods sent on remittance, the goods which remain from the sale of the consignee are called remittances. It is necessary to evaluate the remittance wing to determine the profit or loss of remittances. The remittance stock is valued at a price that is lower in both the market price and the cost price, it is also called the stock with the agent.

The following points are kept in mind while evaluating Consignment Stock-

The invoice is made by the owner of the goods or by the sender and sent to his agent or representative called the proforma invoice. It is also called an invoice for information. In it, the nature, quantity, price, etc. of the goods sent are given.

Sometimes this invoice also states the proposed selling price of the consignment, which is called the Invoice Price. The invoice value is determined by adding the estimated profit to the cost price.

The remitter sells goods on behalf of his head or consignor and after a certain period of time, he creates a description of the goods sold and sent to the consignor which is called the sales statement. In this description, the number of goods sold, the value of the goods and the expenditure incurred by the sender on behalf of the sender, the remittance commission, advance amount, and the balance amount are mentioned.

Commission of Consignee or Agent –

The award is given to a agent for selling goods on behalf of the consignor is called the commission or remuneration of his services.